2021 Topic 3: The Creative Laboratory with Hot Picks {by Keren Baker} 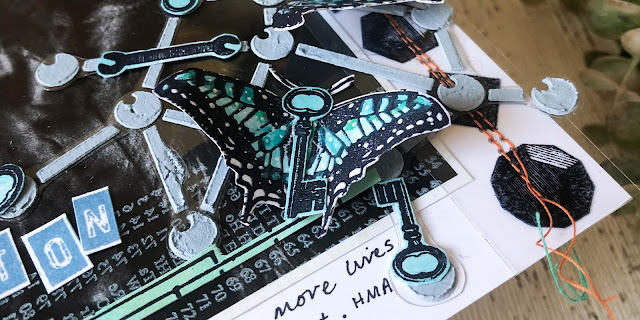 Hi everyone, it's Keren with you today, and I'd like to share with you an inspiring woman rather than an interesting piece of art.
I did do some experimentation with Golden Tar Gel, Gloss Glaze, stencils, rice paper, wax crayons and fabric. They both worked, but didn't have quite the right vibe for tonight's project.
Instead, I pulled out my new Hot Picks Stamp sets and stencils and came across a 2006 diary that celebrated women.
I was delighted to find an entry and photo of British physicist Hertha Marks Ayrton and learn her story. 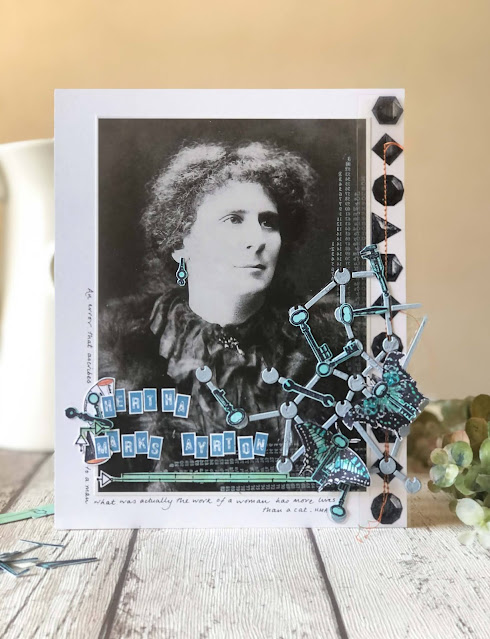 I'm no scientist and don't remember learning about her in physics despite her being the Institution of Electrical Engineers first female member and prize winner. She received a medal from the Royal Society but they refused to admit her to the society because she was a woman.
I decided to make a creative frame around her image, stamping it with the elements image from HP2101 with white Stazon ink. 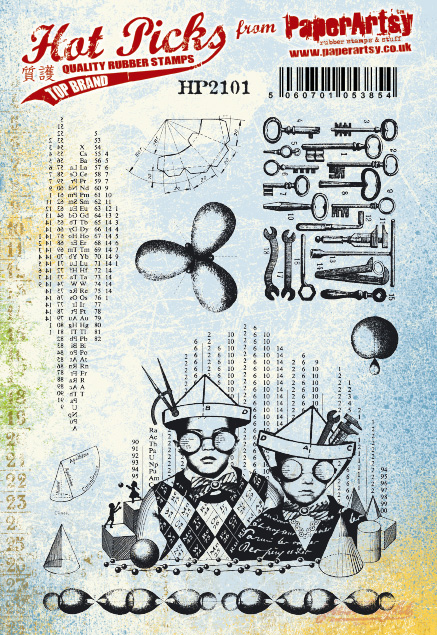 I started off by grabbing the PS244 stencil, some Grunge Paste, Venice Blue Fresco Finish Chalk Acrylic and acetate. 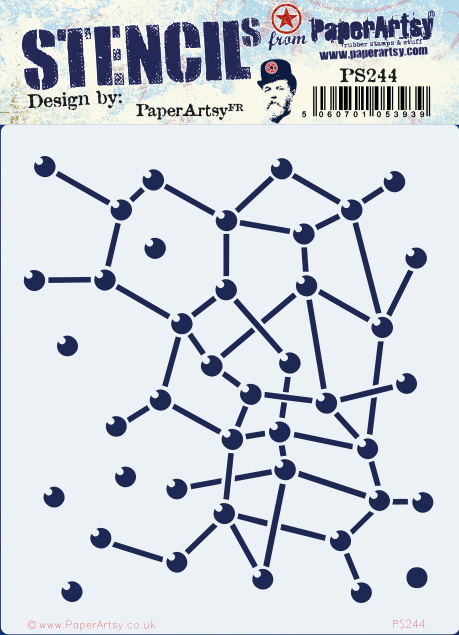 I tinted the Grunge Paste with the paint, then put through the stencil. 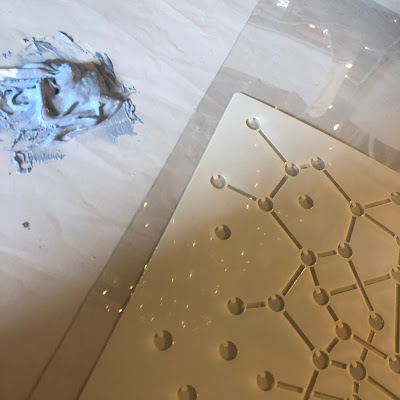 I made some simple gel prints using Aquamarine, Slimed and Chalk. Then I printed the keys and spanners from HP2101 and trimmed them all out. 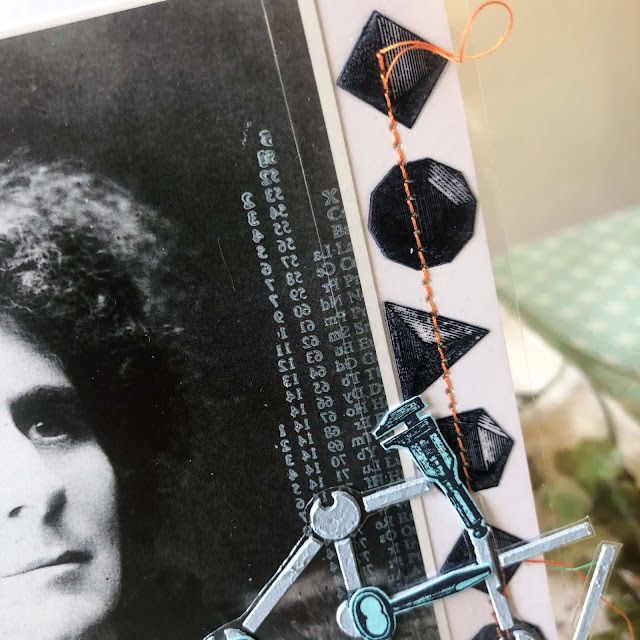 Adding them onto the stencil added more depth but because they're not too different in colour, it doesn't clutter the space. 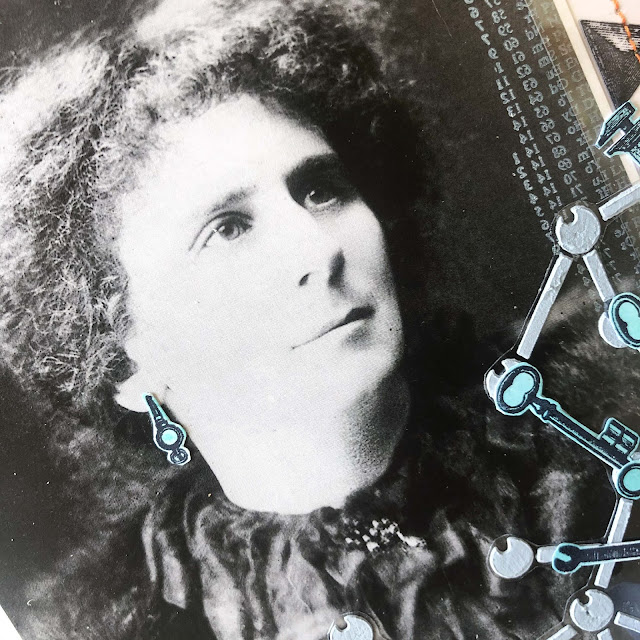 I don't know if she wore earrings, but I wondered if she'd approve of these! Ayrton worked with sand ripple patterns, electrical arcs, invented improved carbons and lamp houses even inventing a fan to dispel poison gas during World War 1. 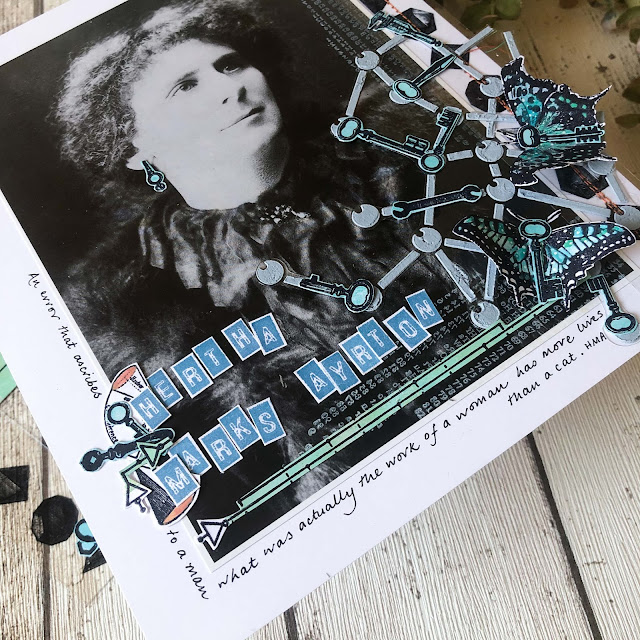 The quote around the edge was one she wrote about her friend Marie Curie. As one of the new Hot Picks sets contains a quote by Marie Curie, it seemed quite serendipitous. 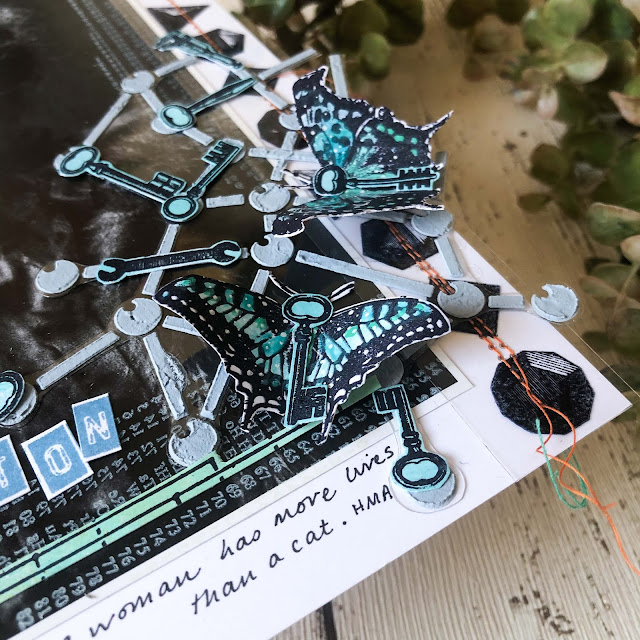 The butterflies (with the added keys on their abdomens) are from HP1506.

and the alphabet is from an Emma Godfrey set EEG02 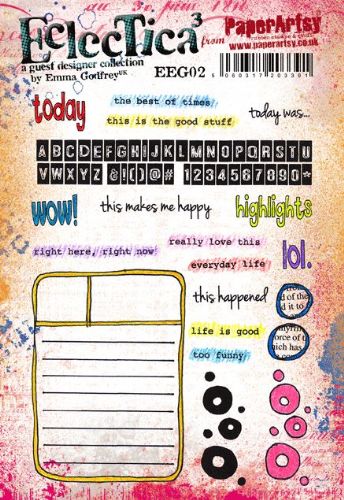 You can also spy the 3d shapes from the set HP2103 in the above photo, stamped onto acetate and sewn into place. 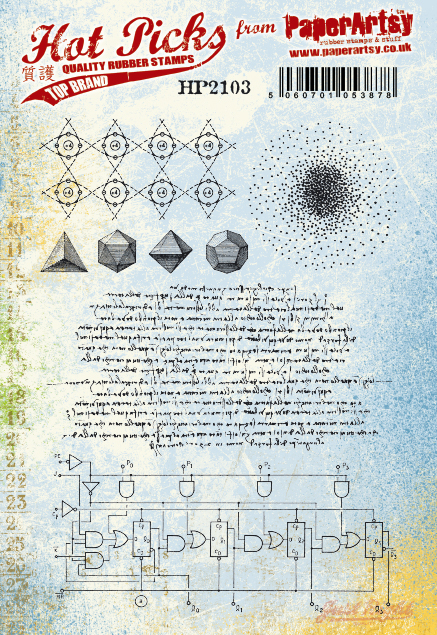 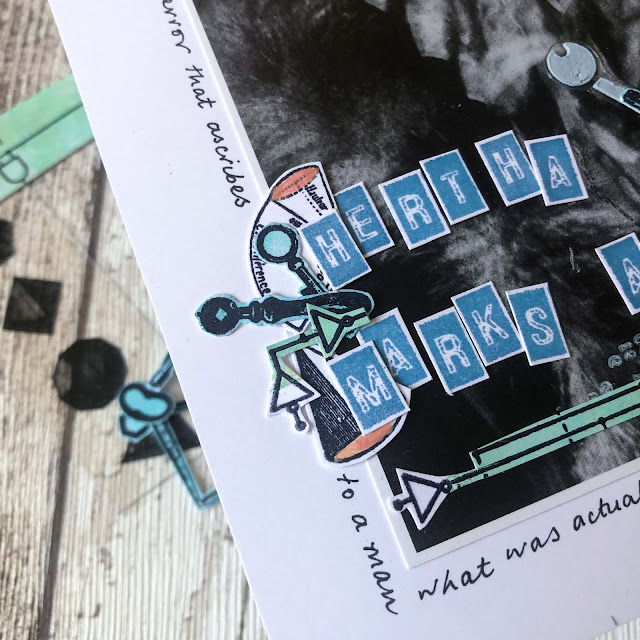 I added the nearest image to an arc I could find from the set and then added the diagram from the HP2103 set. It's not a complex project, just weaving lots of little elements from the new stamp sets.
She's a woman worth celebrating, a woman who would have spent much time in whatever her laboratory looked like at the time and when she wasn't experimenting, researching or inventing, she had time to join in the suffragist movement!
I hope you've enjoyed learning about Hertha Marks Ayrton. I found her really inspiring. Starting with a different sort of image (like a photographic one) and building images around it so it was still the focal point was challenging as I had to enhance the image rather than distract from it.
Hope you find time to be creative today,
Keren x

Anything artsy or otherwise to celebrate women scientists is FANTASTIC, in my opinion!
As your quote states, most women's achievements were usurped by men or otherwise were not worthy of membership in scientific organizations. BAH HUMBUG! Give women the credit NOW, like you have Keren! Your use of the stencils and stamps (love that key on the butterfly!) and also the clever addition of an earring enhance the subject matter!!!

What a great idea and clear design Keren!! It appears to be a fusion of chemistry and nature really mixed media...Outstanding!! xx

Oh this is amazing, both the story and the art, and the way you have woven them together! It would be wonderful actually to have a series where we all did art celebrating women's achievements in history; I had never thought about it before. My niece is studying mechanical engineering so we have come a long way. You are wonderful, Keren! X

You’re so flipping clever Keren. I love how you not only champion women in science but also tell a beautiful story so well and make a beautiful creative piece in the process! Perfect!

A truly inspiring project and read Keren. I love how you used a photo as the base for this amazing collage. Hugs, Autumn