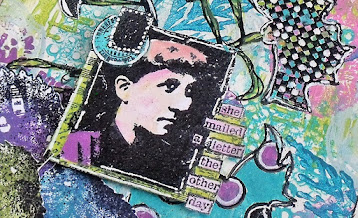 Intro
Helen has created one of her typically colourful backgrounds onto which she has layered the focal images, generally in black. This is such an effective way to define your layers.  The mashing up comes with an interesting idea thrown in, like a bespoke stencil. Take a look!
~ Leandra


Hi everyone, it's Helen with you today, and I'd like to share with you a tag I've made.
I thought the 'mash up of designers' idea was really great - I don't know about you, but I always tend to use just one designer at a time. Mixing it all up opens up a whole new world of possibilities. I think the more disparate the designers, the more fun it is.
Choosing which sets to use was quite hard as there were so many, but in the end I used an Ink and the Dog set for the focal image, with France and Courtney supporting that and used mostly the Seth Apter set for the background. 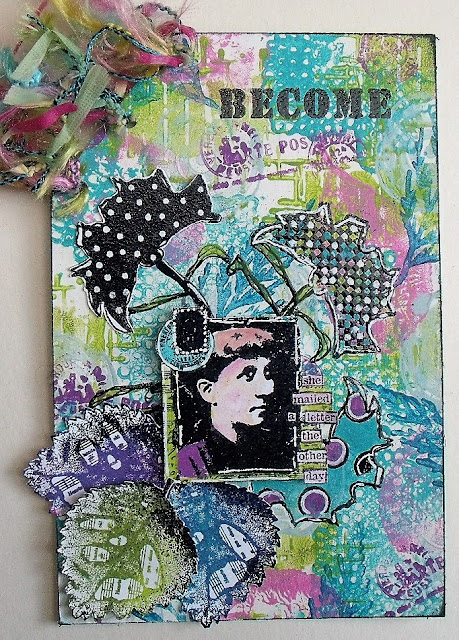 Here are the stamps I chose: 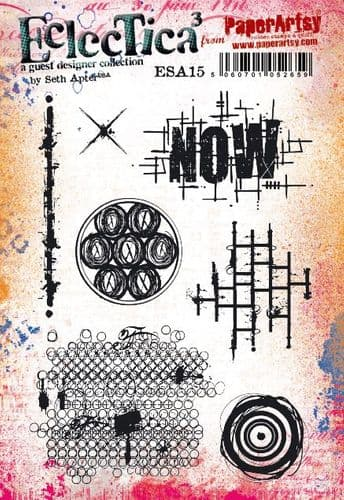 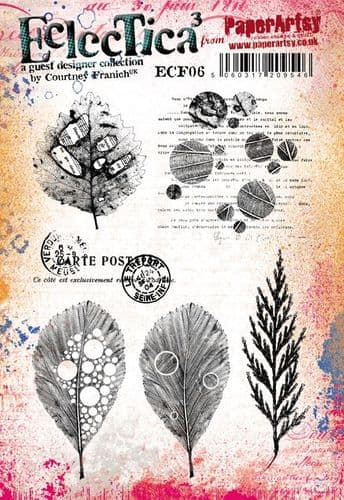 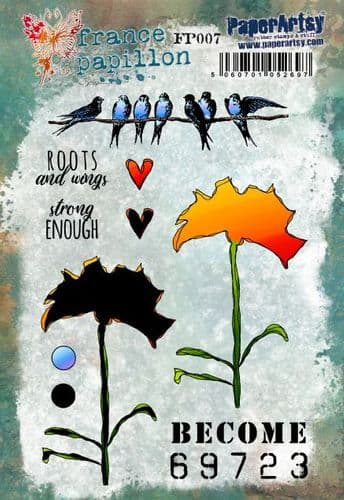 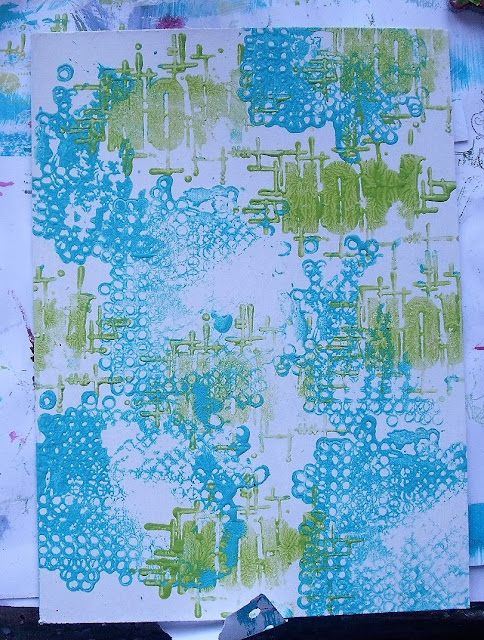 This panel is just made from mountboard and prepped with gesso. I've started by stamping some of Seth's designs in paint. 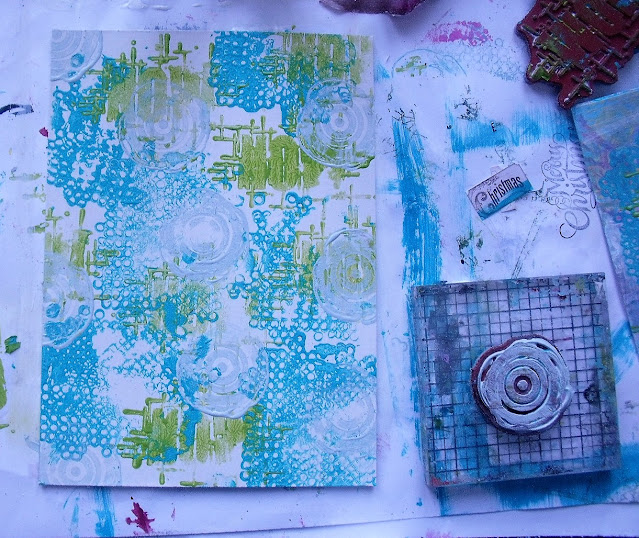 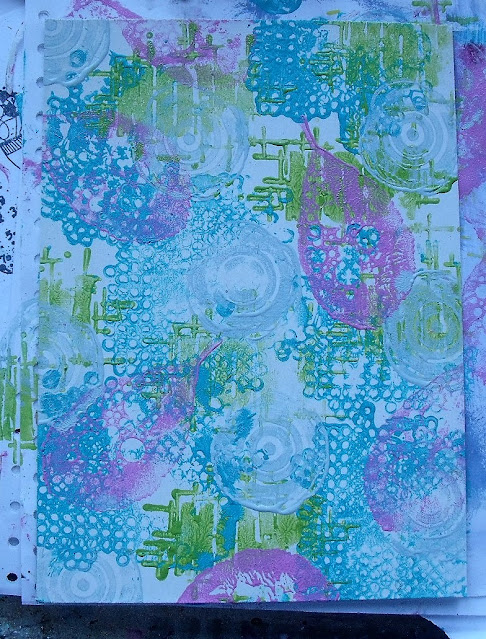 Then I've added some of Courtney's. 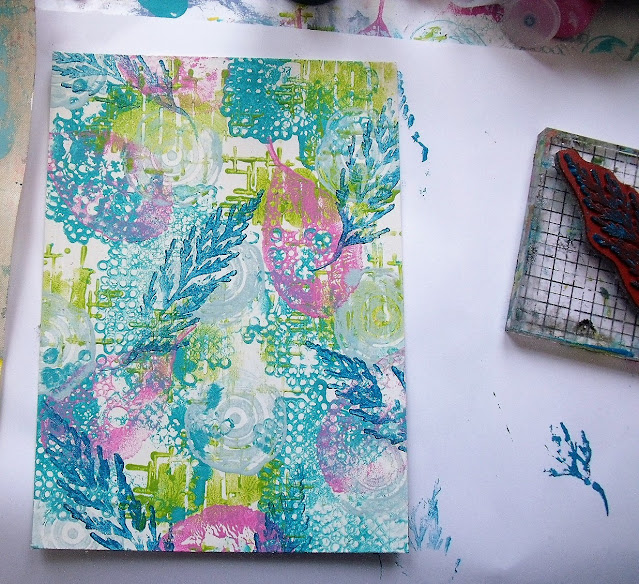 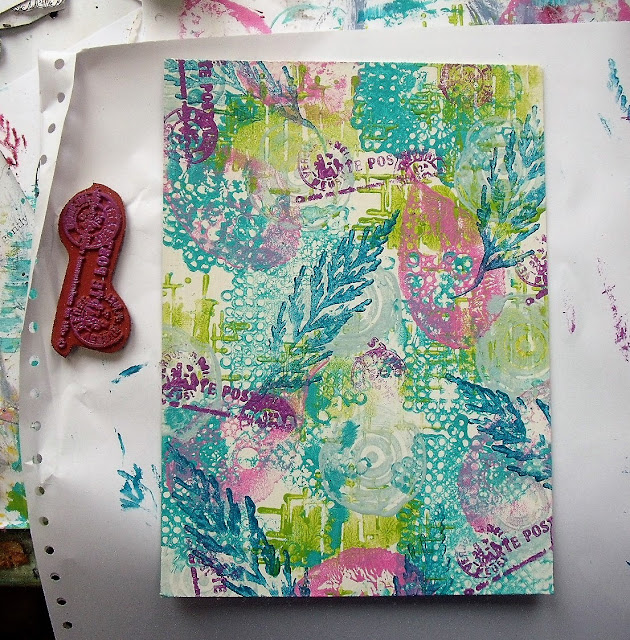 After that I stamped the main image and cut out the bit I wanted. At this point I was a bit worried you wouldn't be able to see the image over the background so tried stamping and embossing in black which gave a really intense image. 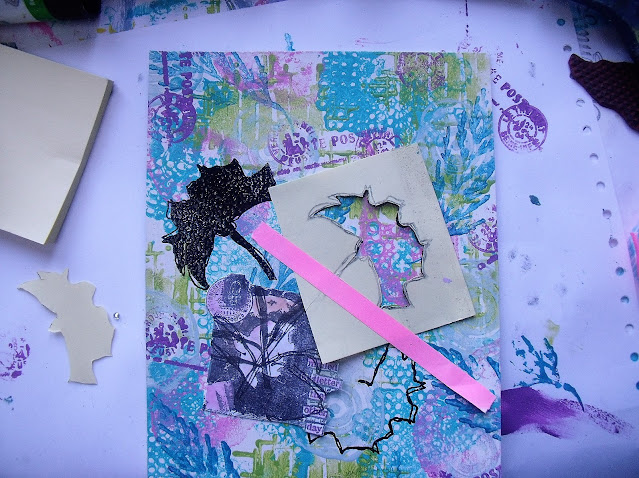 I picked out this set of France's because I thought it would be fun to add pattern to the open flower image - also a reason for picking the Ink and the Dog set - it had a small patterned stamp. 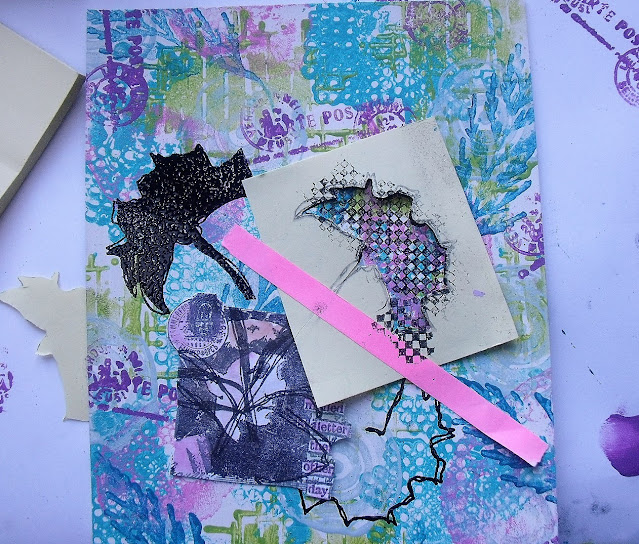 Using the open mask, I added my pattern to the two open flowers. 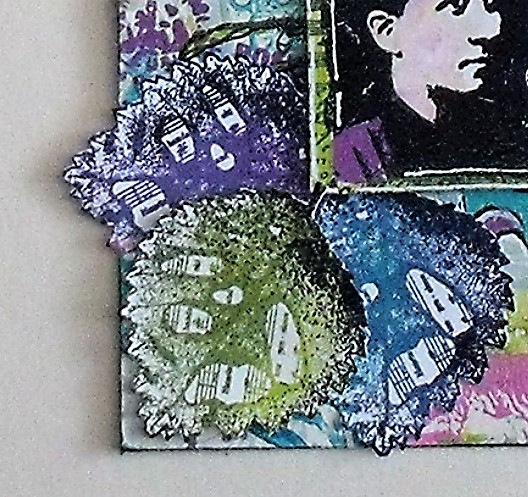 To finish I stamped some of the leaves in ink and then just drizzled embossing powder round the edges to make them stand out - love these leaves. 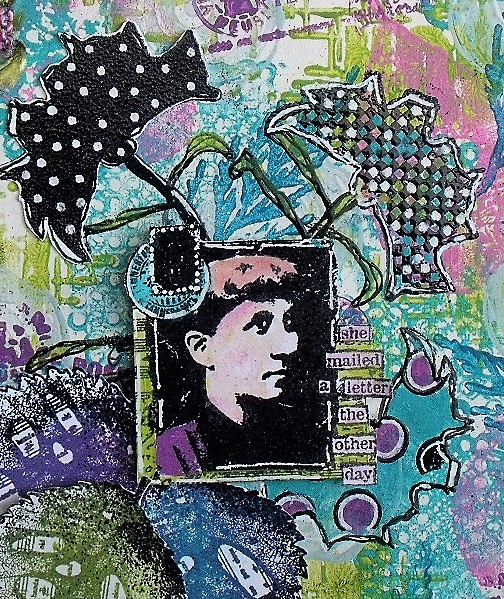 Then I just added a few white highlights and layered it all up. 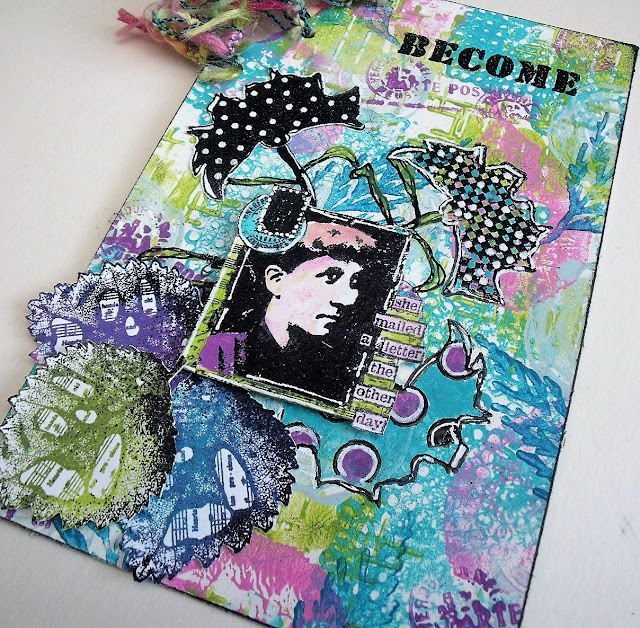 I hope you can see all the designers represented here - perhaps next time I should be a little less predictable and use Seth's stamps as the main image? We could also introduce stencils from each designer as well - now that really would be a challenge!
Enjoy yourselves mixing and mashing all these designers ad see what you come up with.
Helen

Blog: A Splash of Colour

This is stunning Helen. Wonderful project

Love the project Helen and this mash up topic is the best yet.