PaperArtsy Plans for the {Stamperama Show} in Stevenage


Those of you who follow us closely know that we are gearing up for 2 shows back to back, a longstanding consumer show for stampers in Stevenage called 'Stamperama', immediately followed by our annual UK Trade-only Show, Craft Hobby and Stitch International, often referred to as 'Stitches'.


Since late last year we have been planning all the new products we want to release at Stitches, and we are delighted to be able to release some of these at Stamperama.


Now that we work with several designers, our product development seems to get more complicated each year as we juggle working closely with each designer, but that means we have lots of new goodness to come.


Eclectica : Lin Brown Collection
Initially the plan was to release Lin Brown's stamps at Stamperama, as she generally always demos with me there. But, Lin had surgery early December, and we decided that a day of demoing was probably not the right rehab treatment at this point in her recovery! Despite her desire to see you all. If she can cadge a ride with someone, I wouldn't be surprised if she drops in regardless.

This week on the blog we did show you 2 of her lovely new stamps which are flower quotes, designed to work with her other stamps perfectly, so yes, these WILL be at Stevenage, and between now and then you will see some of our guest using them in their posts like Julie Ann did earlier this week. 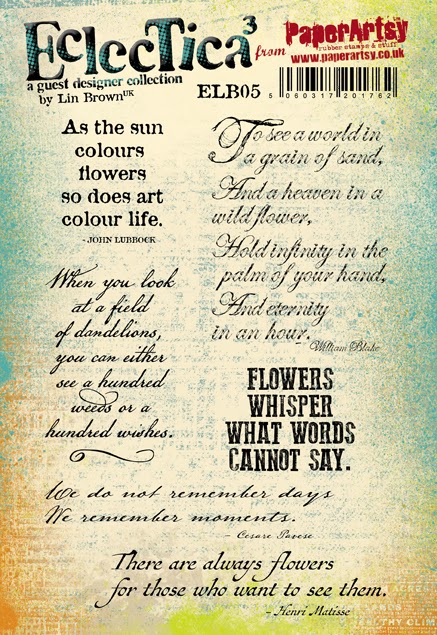 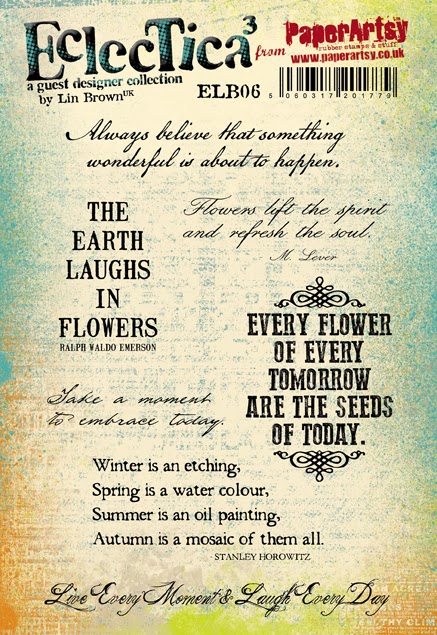 We have other exciting things to come from Lin, so these are just a pre-dinner cocktail of what is to come! Here are her 2 new quote plates which will be available from a stamp store near you from February 2014.

So, next up on my hit list for replacement demonstrators was, naturally, Jo Firth-Young. She isn't too far away, and so she was thrilled to accept. Of course we have a bunch of new goodies from her to launch too. But then, would you believe it, she received an unexpected early call for a possible surgery date !! What is it with PA designers and surgeries? LOL Jo is soooo disappointed, and of course she could be in recovery for several weeks, but she might also be able to pop in for a look-see if she's up to it. And yes (cos I know you will ask), in Jo's absence, of course, we will still have a few new products of hers to show you at Stevenage too.

So who now to demo at Stevenage? Hmmmm, didn't have to look too far!


Eclectica: Darcy Collection
Lucky for us we have another UK based designer, also with products launching at Stitches ... Darcy to the rescue. As many of you know, Darcy was itching to get down to Stevenage anyway as there was a twitter discussion the other night figuring out the options. So when I asked her to come down for a bit longer and do a few other bits and bobs at the same time, she was sorting out her train times in the blink of an eye. She is all booked and good to go.

Not only was she thrilled to come and do her first proper product launch, but she also let slip that the day after Stevenage is her birthday, so LOTS of celebrating all round methinks! Stamps, and chocolate and cake! Perfect! I'm sure the #PATwits will come up with something!

So tonight I'm going to show you a few snippety sneaky peeks of Darcy's new stamps, just so you can see tidbits of what is to come. You know how we like to tease! 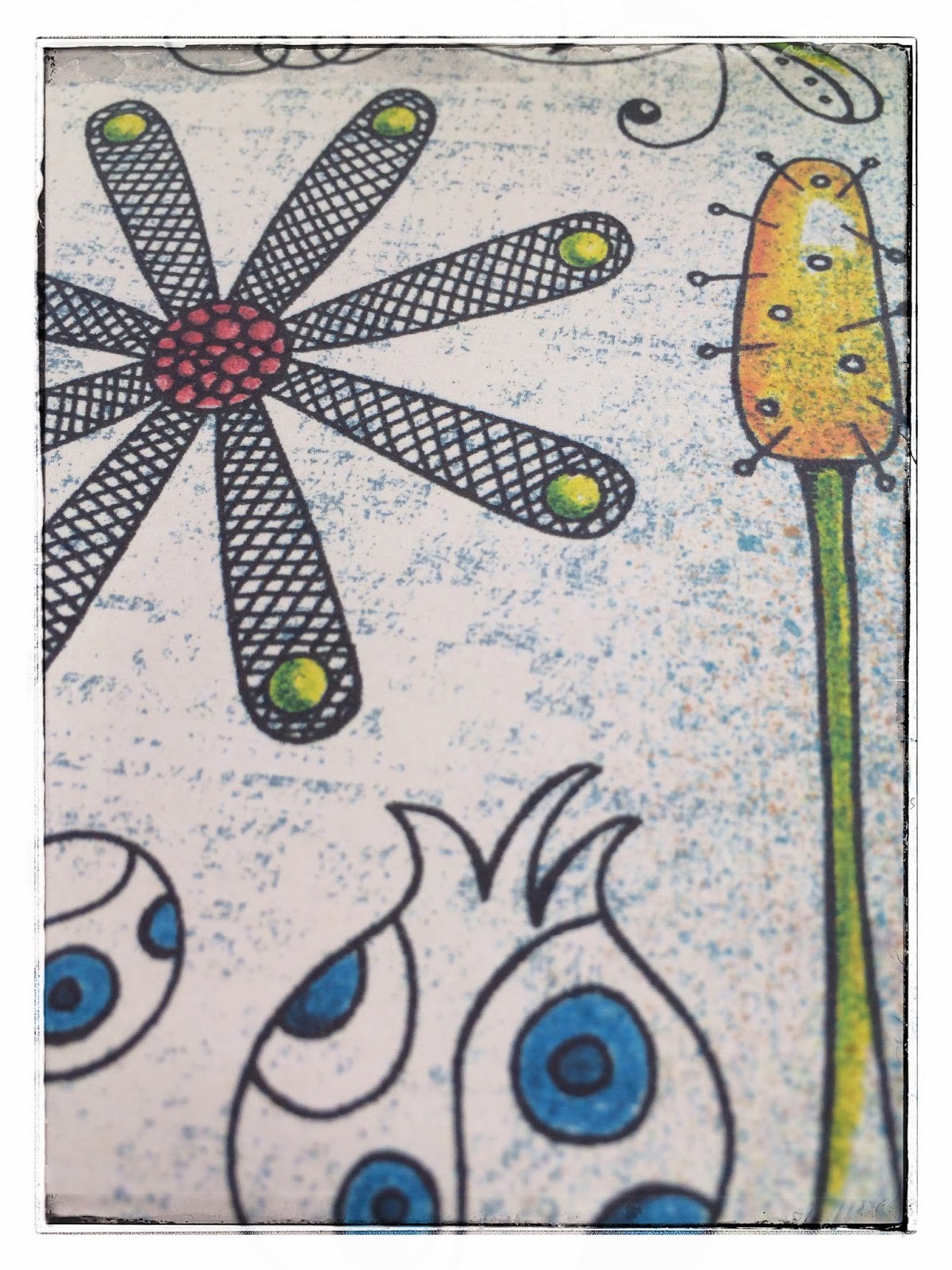 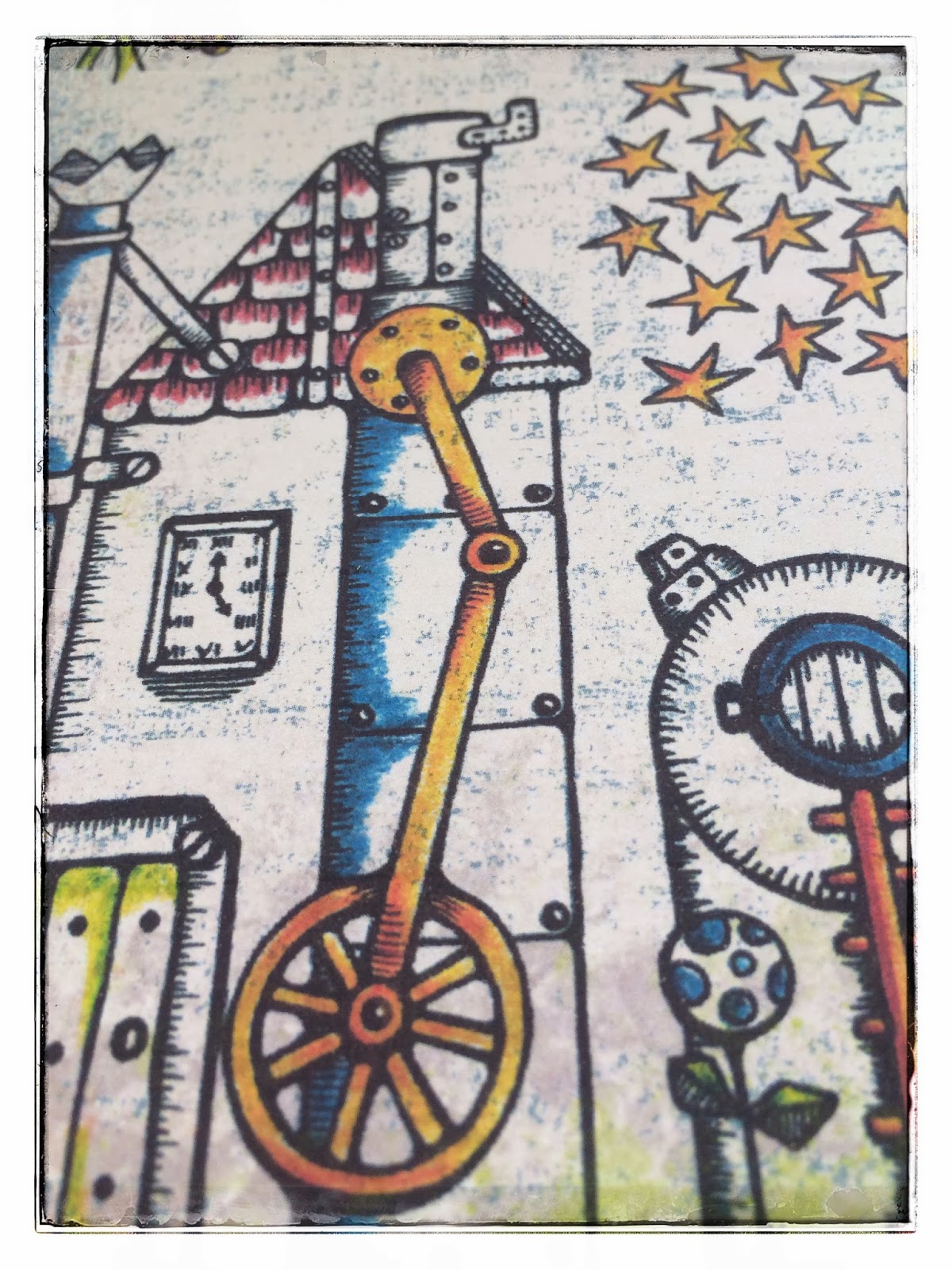 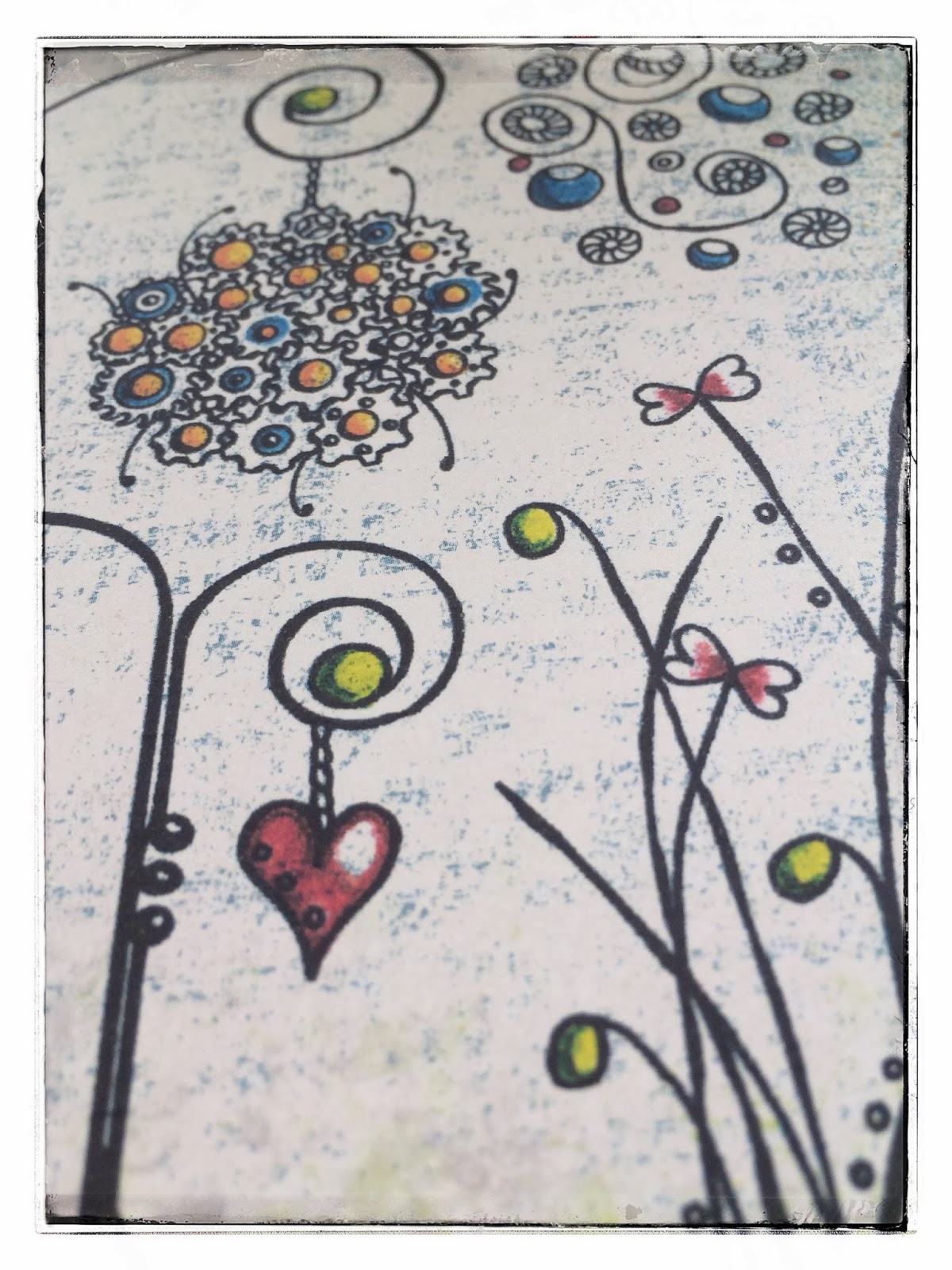 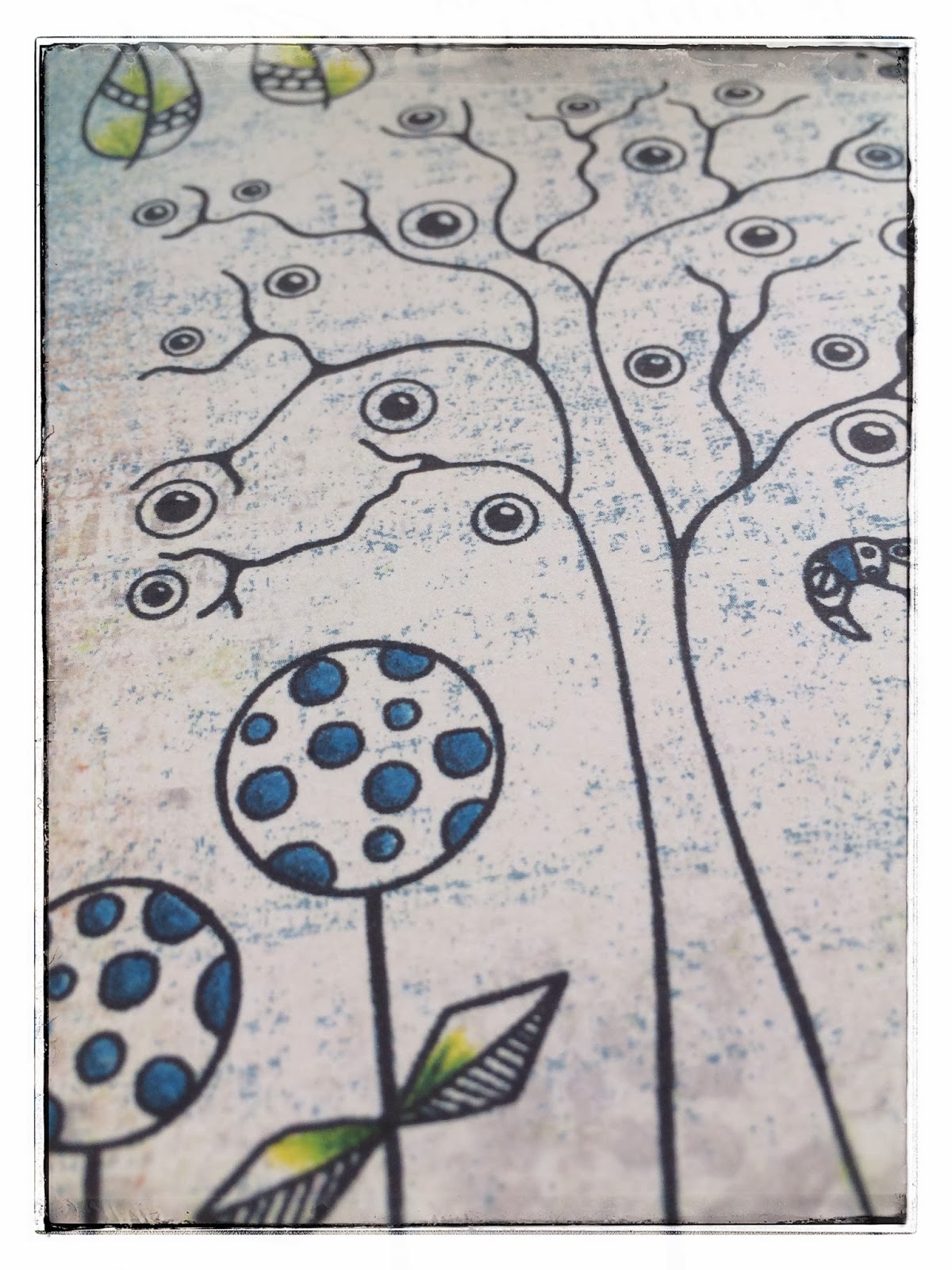 Well I think you'll agree, Darcy has found a great niche with her very unique style, her stamps are different to anything else I've ever seen, and that's exactly what we look for in stamp designers!

I certainly hope you can plan to be at Stamperama, Stevenage on Sunday Feb 9th, cos we will be with bells on! And you may end up meeting more designers than you can shake a stick at!

Sooo exciting. Hope that the weather is kind and allows me to drive to stevenage??? Fingers crossed.

I hope Jo's surgery goes well and that Lin continues her road to recovery.

Thanks for all the sneak peeks.

Travel safely and have a great show!

I need Lin's and can't wait for Darcy's new ones :)

How exciting and well done Darcy for stepping in, lol!! Love the sneak peaks of her new stamps.... Hope everything goes well for Jo though.

Ooh, they look fab, very excited to see them in full :)

Too far for lickle old me, but, what exciting products!

I'm there! All good wishes to Lin and Jo for their respective surgeries and recoveries... and so looking forward to meeting Darcy!
Alison xx

I am gutted i won't be able to get Darcy's Stamps until September:(((

Good wishes to Lin and Jo for their recoveries. Good on ya Darcy for stepping into the breech! Lots of lovely goodies hitting my wish list and I cant make Stevenage :-( ............but I am going to Ally Pally so they should all be on the shelves by then ;-)).

Wow we are going to have a blast in Stevenage with so many of there. Really loving your new Stamps Darcy cannot wait to see you all xx

Darcy's sneak peeks look fab! I know Lin is recovering well now and I do hope Jo will also make a very quick recovery. I know I shouldn't laugh, but your post Leandra does make it look a bit like everyone is in REHAB you know!! I do hope Jo and Lin manage to pop in for a weekend of retail therapy,

I so wish I could make Stevenage, but it's a little bit too far for me. I am determined to make Ally Pally in April, though. Lin's quotes are just so inspiring; I keep wanting to use them for projects again and again. And Darcy is a unique talent. Thanks for nurturing so much talent, Leandra. Speaking of which - best wishes to the talented Jo and Lin for speedy recoveries. Julie Ann xx

I already know I'm going to love Darcy's new stamps. Don't know yet if I'll be at Stamperama, fingers crossed.

Wishing both Lin & Jo well with their recovery after surgery. Exciting times ahead with lots of new sekrit stash ... Darcy have a ball at Stevenage. x

How wonderful that Darcy could step in - her designs look fabulous, especially that steampunk looking house - love that! Best wishes to Lin and Jo for speedy recoveries too. Anne x