Hi everyone Keren here, joining you this evening with a post about gradually revealing a story. I was thinking about Elizabeth Barrett Browning's 'How Do I Love Thee' poem and wanted to create something where parts of the poem were revealed after being initially hidden. 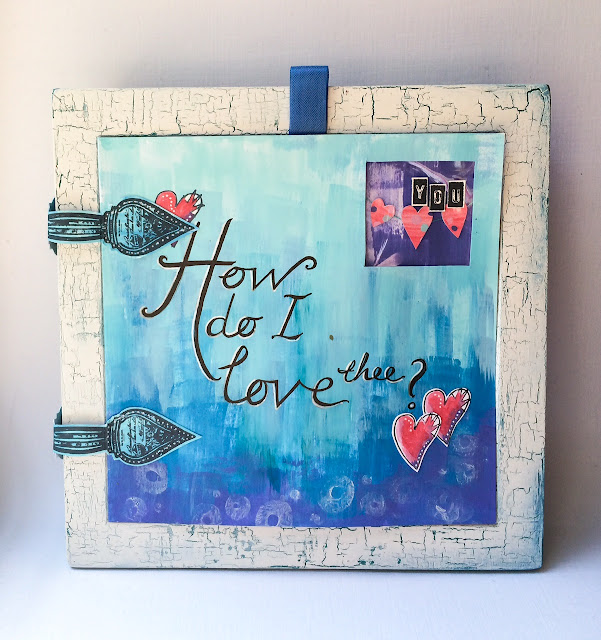 To begin- I simply painted a shadow box I bought for the princely sum of £1.79 (and it wasn't even on sale!) I painted it Jade from JoFy's Limited Edition collection & added crackle glaze over with a Snowflake Top Layer. Rub it down with a little Treasure Gold in Sapphire & that's the prep all done. 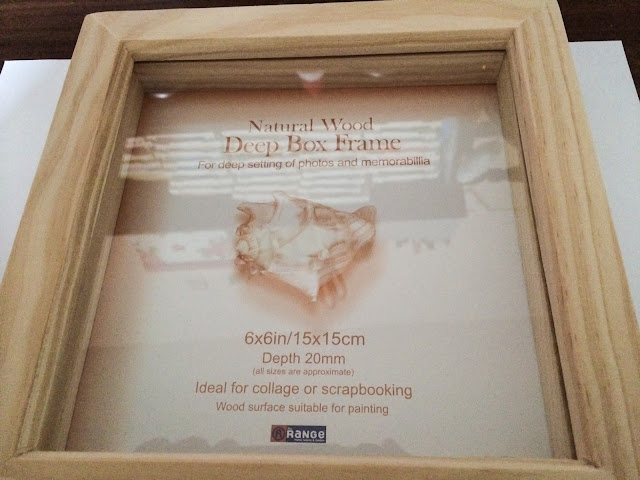 Here's all the Fresco colours I used 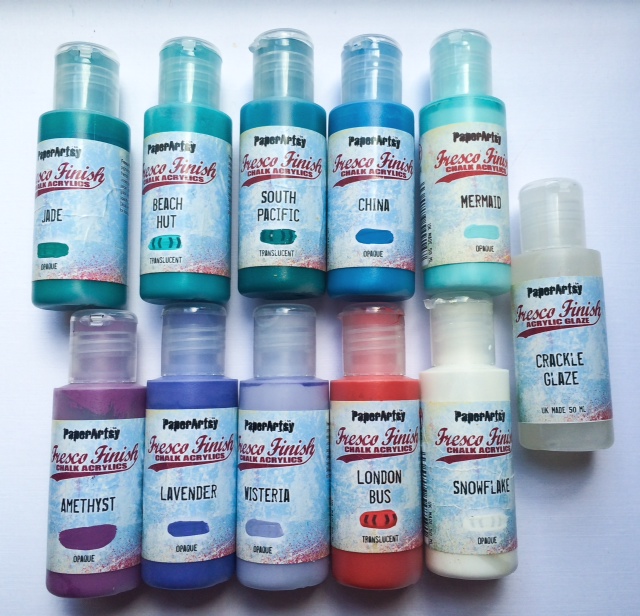 So now I'll just show you how the box unfolds. The front opens like a book to reveal an inner plain layer that hopefully gets the recipient wondering quite what's hidden underneath 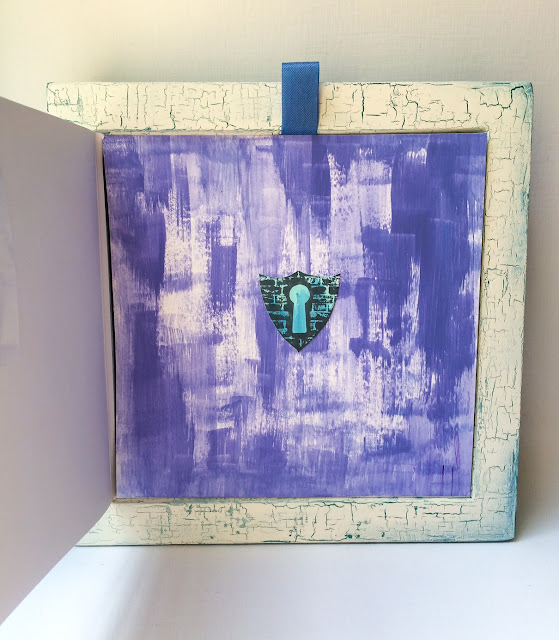 Using the little ribbon tab, pull the door down (like a trap door!) and this is what you find.. ﻿ 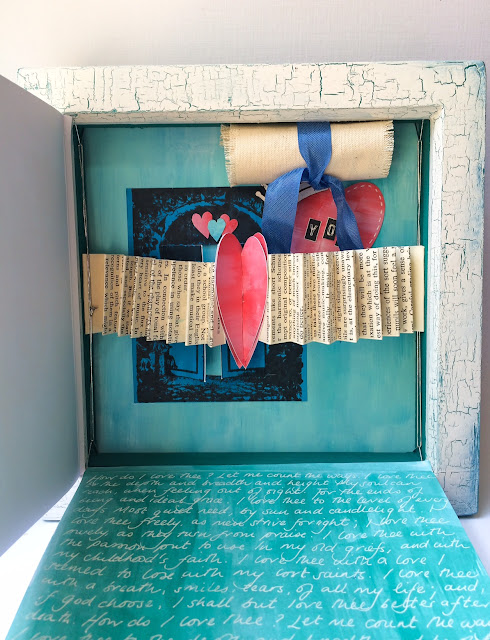 To fit in the poem box theme- (after adding various layers of greens and blues), I wrote out the entire poem twice onto the inner side of the door so it adds a further 'frame' to the opening box. I felt pretty romantic by the end of it ;-) 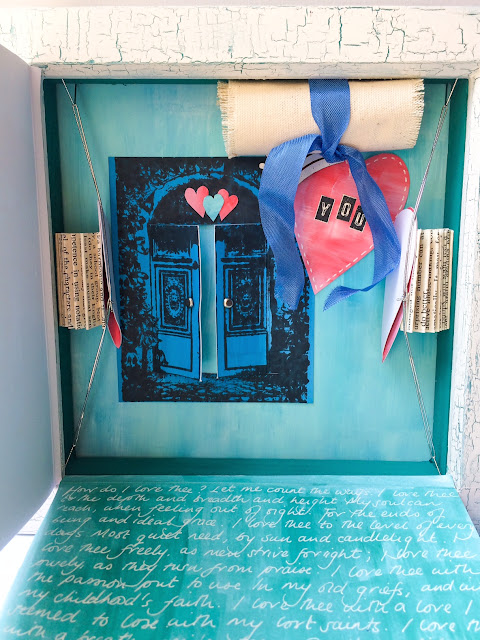 Now, if you un-slot the double hearts and pull the concertina folded book pages back you'll see the next part of the box. I added in some elastic to the sides to help contain the folds. The box helpfully had an inner smaller frame that I could add all my 'inner workings' to. Look up towards the right of the box and you can see a tied up scroll, unfurl and see...﻿ 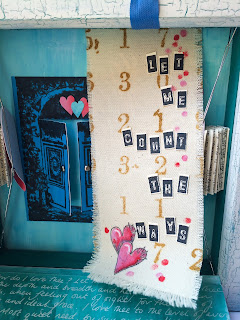 I've used a few stamp sets to make this canvas part...I used the super versatile alphabet from the Emma Godfrey set EEG02 I also used the circles with holes in this set for the front cover of the box.

Then to create the background I've used the fabulous 021 Stencil which I sprayed Gold mist through. The little circles were just a cotton bud dipped in London Bus and I stamped some hearts (I also popped some on the front cover from the JOFY set 22 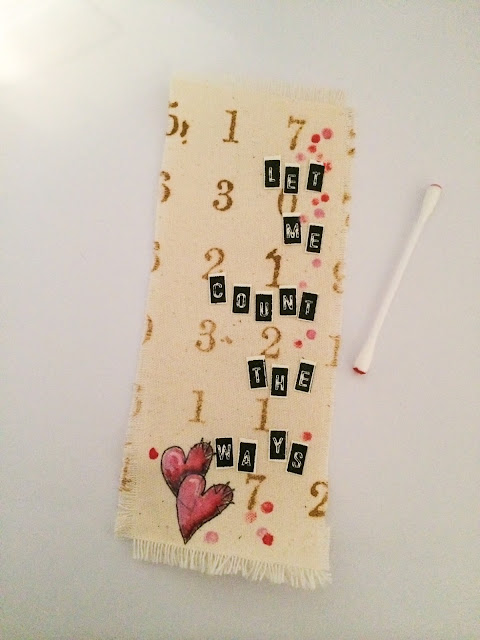 Open the doors... and put a special message in there. I've left it blank for now. I've used the really useful doors from the Hot Picks 1011 set 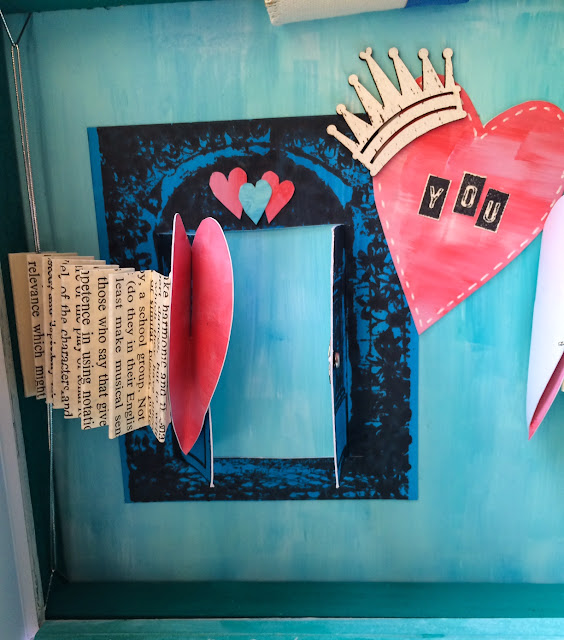 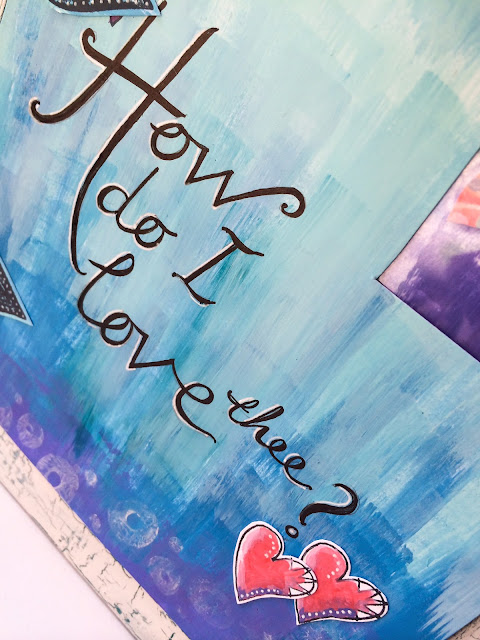 It was never supposed to be this involved, but as I was thinking about hiding elements in a layered way, the project morphed into something very different than I'd originally planned. That's what I love about the creative process- it takes you places you never quite envisage! If you fancy creating something with the same idea..just one tip; start at the end and work backwards! It's much easier planning the end point first!

Keren this is just stunning, I adore all the doors, secrets and hidden messages. I love when there is so much more to a project than first appears. Genius use of the cotton bud, and great choices of the Hot Picks stamps, such useful ones.

We would love you to join in with challenge #11: Hidden Objects If you are inspired by any of our guests who blog with us over the fortnight, then please join in and link up your creativity HERE.


All links go in the draw to win a voucher to spend on products of your choice from the PaperArtsy online store. The Hidden Objects link will close 17:00 (London Time) Sunday, June 21st, winner will be announced 2 hours later at 19:00.
Posted by PaperArtsy at 18:00

This is wonderful, keren, I love all the hidden reveals and great use of one of my favourite poems,

Very beautiful & I love all the hidden elements.

Holy moley...dumb-struck, here. This is like a romance. Love it!

Holy moley...dumb-struck, here. This is like a romance. Love it!

How lovely this is...the hidden elements are so clever.A real piece of art to treasure.I didn't get a chance to enter this time as we've been away but I hope to join in next time.

Love all these little surprises revealing themselves one after the other. Very clever, very well done, fantastic work!

Great layering. I love all the clever details. Lx

What a enchanting project, beautiful panel and lots of fab ideas. xx

Would love to take a peek into your mind Keren, amazing piece of work! X