"Hello all, Lelainia here, glad you could all join me. I love to give small handmade gifts for the special people in my life. As I was working on this project, it occurred to me that it would be really fun to make a bunch of these and then leave them hanging on the front doors of my friends’ homes, secret Santa style. Imagine how lovely it would be to come home to find a Christmas cone fully of goodies waiting for you"!

I began by digging up an old recycled thread cone I had saved to make a Christmas cone. At this time of year, many craft stores carry pre-made paper cones or if you don’t have one, you can always just make your cone by twisting paper into a cone shape. I would use the Smoothy Heavy Weight Stamping Card to do this so your cone will be strong. 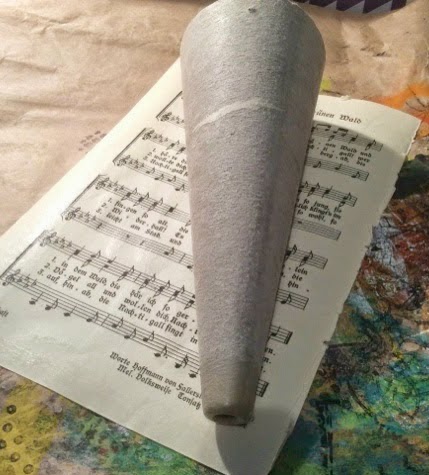 I covered the cone using two sheets of music from an old book. I covered one sheet in glue stick and then put it on a bit of a diagonal angle and wrapped it around the cone. 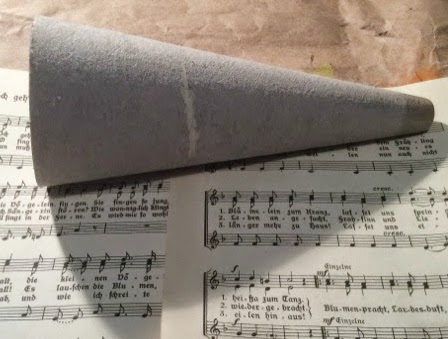 I folded the leftover paper at the open end inward and smoothed it down. 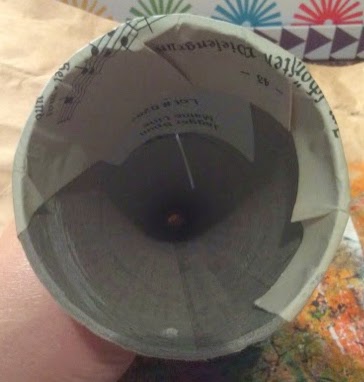 I trimmed off the margins of the second sheet (just to have less unprinted area) and then covered it in glue stick and used it to cover the remainder of the cone, folding the leftover paper into the opening again and smoothing it down. 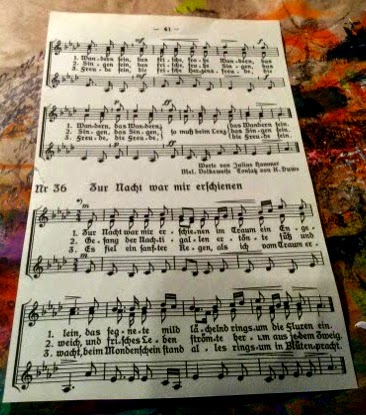 At the pointed end, I folded the paper down so it covered the tip. (It’s okay if this end ends up a bit messy, as it’s going to be covered up eventually.) 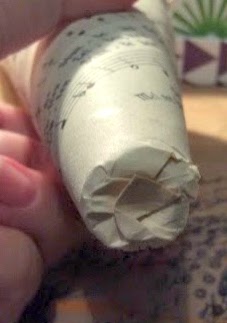 Next I covered the entire cone with a watered down coat of Ice Blue. I just wanted to add a bit of colour, but still be able to see the music paper through the paint.

Once the paint was dry, I put glue stick all over the outside of the cone and then sprinkled crystal (clear) glitter all over it. I wanted it to have a snowy look. 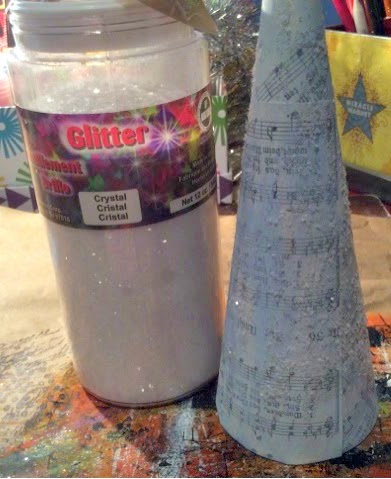 I used Aileen’s Tacky Glue to glue a small sliver and white glitter pompom to the pointy tip of the cone. I set the cone aside to dry. 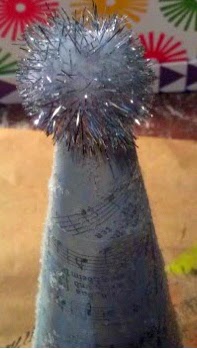 Next I stamped the angel with the tree crown from LPC018 with Black StazOn Ink onto Smoothy White Stamping Card. I cut the image out. 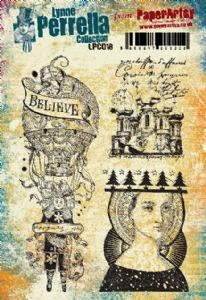 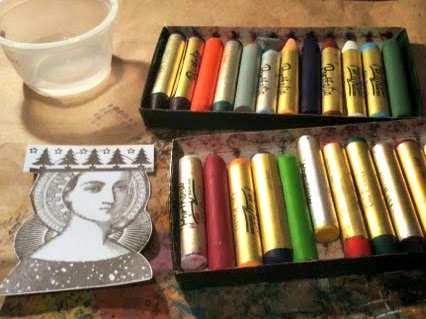 I used my Portfolio Oil Pastels to paint the image, using a tiny brush and minimal water. 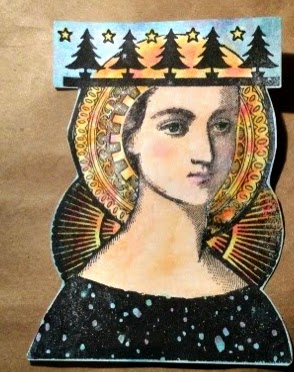 Using an awl, I poked a hole on either side of the opening of the cone at the top, about ¼ inch down from the rim. I threaded a silver pipe cleaner through the holes on both sides, from the outside, in. I twisted each end around the pipe cleaner to secure it as a handle for the cone. 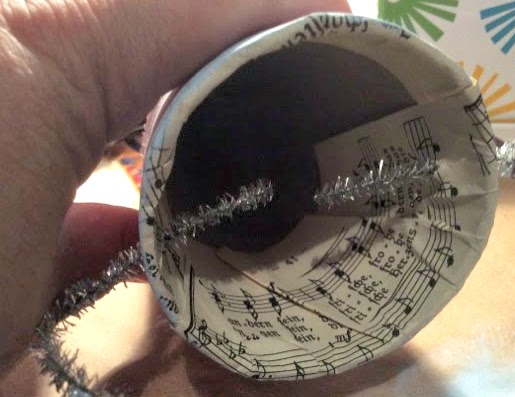 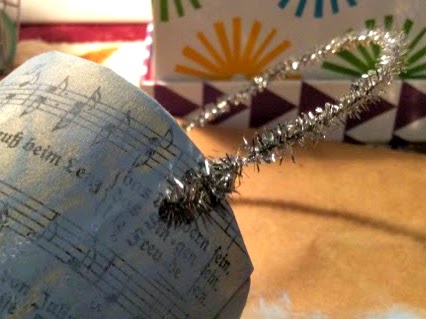 I applied a line of Aileen’s tacky glue along the bottom edge of the angle and glued her to the inside of the cone at the front. 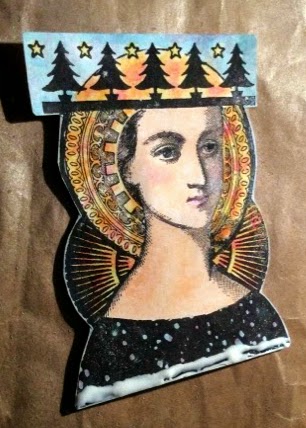 I held it in place until it was dry just to make sure it was going to stay put. Once that was dry, I added a line of glue all the way around the outside of the cone lip at the top. 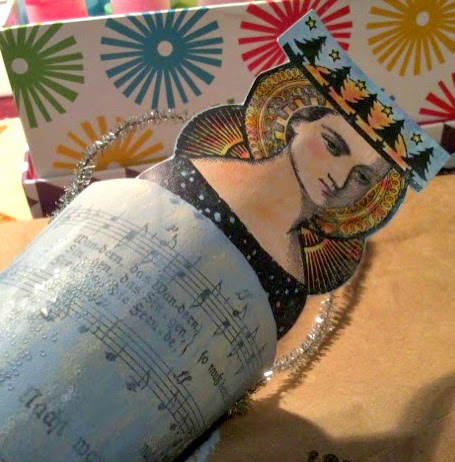 I ran a strip of silver tinsel around the top, starting and finishing at the back to hide the ends. I pressed it firmly into the glue strip to make sure it was adhered securely.

Now that the cone is ready, I can fill it with some individually wrapped holiday sweets mmmm!

A huge thanks from all the PA team Lelainia for sharing some quirky alternatives for the forthcoming holiday season, we sure all need as much help as we can at this time of year.

We would love you to join in with our monthly challenge. If you are inspired by any of this month's guests who have blogged between Oct 1st 2014 and Oct 31st 2014 then join in and link up your creativity HERE. You will go in the draw to win a £50 voucher to spend on products of your choice from the PaperArtsy online store. You need to add your link by 19:00 (London time) Oct 31st 2014.
Posted by PaperArtsy at 19:00

Think that this is fabulous! Xx

Wow! This is romantic and so pretty xx

Thanks everyone! It was great fun putting this together.