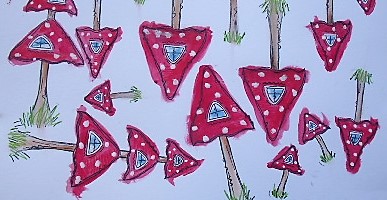 Helen has brought her own brand of woodland magic to the topic tonight. This enchanting gnome's paradise even contains its own illumination. She has some great ideas for dealing with colouring on glass (which we all know can be tricky) and has ended up with something kids and adults alike would love to own!
~ Keren
Hi everyone, it's Helen with you today with my Mason Jar project.
I was going to put my mushrooms round the outside of the jar and then add an LED candle inside but I decided to change things around as the jar was quite big and so the mushrooms would fit perfectly inside. Also, it's not easy photographing something with a light inside.
I started by stencilling grasses round the jar but they turned out a bit fuzzy so I decided to stamp instead and it worked really well. I finished it off with a little gnome hiding behind the toadstools! 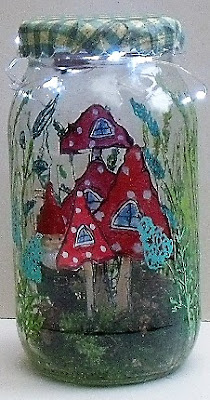 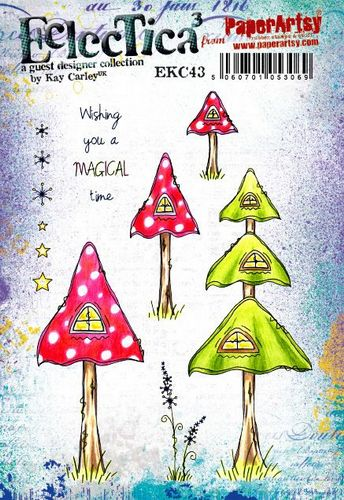 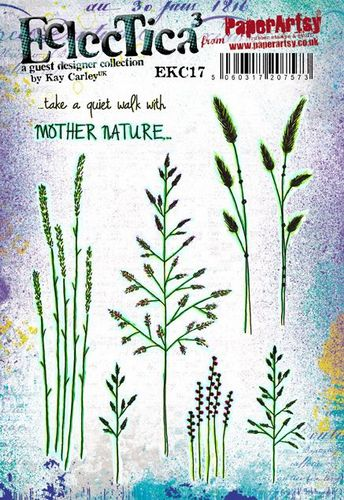 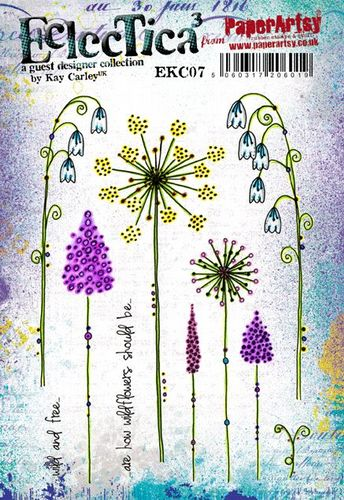 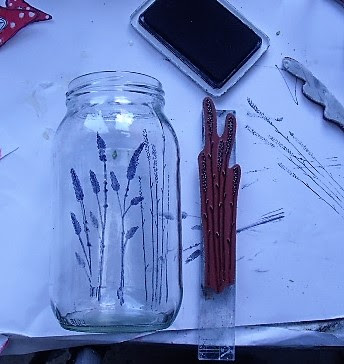 The stamps I'm using here are narrow and not too detailed. Having said that, it's easy to correct any mistakes - just have a cotton bud to hand. You can also add extra flower/grass seed heads where you like. 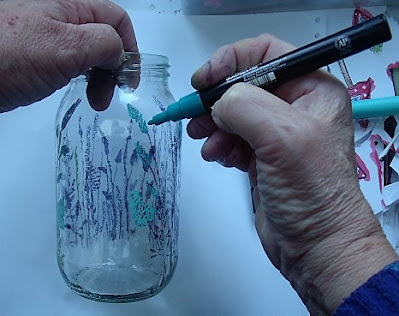 I worked all the way round, overstamping some and leaving a gap in the front. I've then used Posca pens to colour over the grasses. Go gently as you don't want to rub out the stamped image. 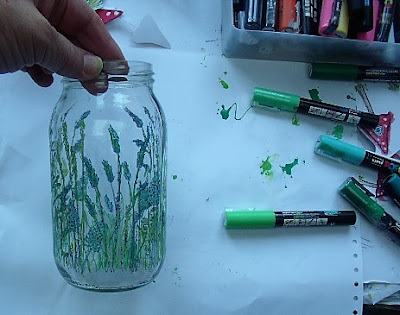 I've chosen lots of different green/blue shades and also used doodly, scribbly lines. You're going to be looking at it from the other side, so the black stamping will appear first with the colour as the next layer. 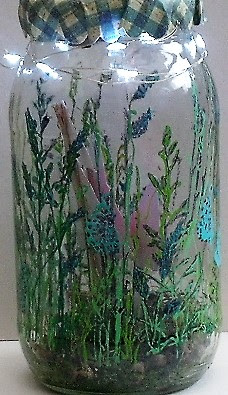 I was really pleased at how it built up - it worked a lot better than I thought it would. 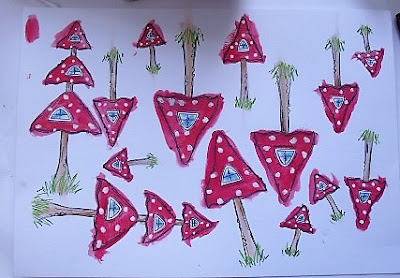 I then stamped, painted (using Cherry Red, Buff and a touch of Toffee),and cut out lots of toadstools - in the end I only used three, but I wanted lots of choice, 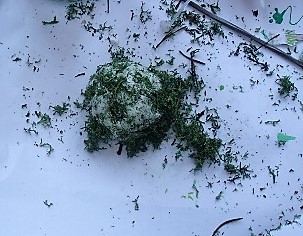 Now I know this looks a bit like piece of cheese with fresh herbs on it, but it is in fact some air dry clay covered with moss! 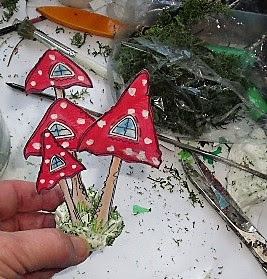 Stick the stalks into the clay and then place in jar and push down onto the base. I then added more moss, berries and twiggy bits. You can leave it here if you want. 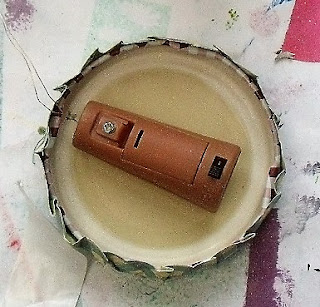 However I couldn't resist adding some lights for a bit of fun- stick the cork bit to the inside of the lid so it's hidden and wind them round the neck of the jar. 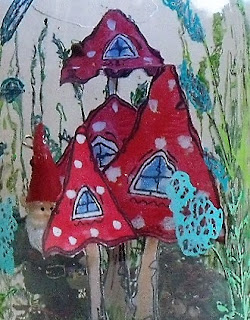 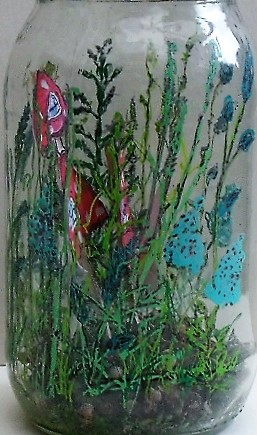 I like making little scenes like this; the gnome was a little Christmas decoration I found. Anchoring your scene in the jar isn't always easy, and can be fiddly, but the clay worked well, especially with the dried moss etc. to disguise it. I purposely stamped the grassy bits round at the front to create an arch - these stamps are very easy to bend on the block. You could make some lovely scenes for Christmas and experiment with where you put the lights: inside? hanging down like icicles? all around the back perhaps? Have a play around and see what works.
Helen

Blog: A Splash of Colour
Posted by PaperArtsy at 19:00

Such a wonderful project....I love your little gnome garden and love that it lights up

Wonderful creativity, Helen capturing the magic of the woodland in a jar . The little gnome peeking through the mushrooms is a lovley finishing touch . x